Nolan was first elected to the Vacaville City Council in November of 2018. He was elected “at-large” and has served Vacaville residents for the last 4 years. He is honored to serve in this position and looking forward to running for another term in November of 2022.

Growing up in the City of Vacaville, Nolan’s family instilled the values that helped him become the person he is today. Through hard work, education and a great investment of time, Nolan has become a leader in his community and an advocate for the values that make Vacaville the great city that it is.

Nolan lived most of his youth in the rural outskirts of town known as Allendale. He is a product of the Vacaville Unified School system, first attending Markham Elementary School, Browns Valley Elementary School, Willis Jepson Middle School and Vacaville High School. He left Vacaville to pursue his education and received his Bachelors Degree from California State University Chico. Later in life, he finished his Masters Degree in Public Administration from the University of San Francisco.

“Growing up as a child in Vacaville, I always appreciated all that Vacaville gave me. I want to make sure future generations have the same opportunities and experience.”

Nolan is the son of Vacaville Residents Robert and Dawn Sullivan and has one younger sister; Leah. He grew up in a working-class family where his father was a union Lineman out of the Vacaville PG&E yard and his mother is a long time Respiratory Therapist with NorthBay Healthcare. Nolan is married to Japhia (Bera) Sullivan whose family has deep roots in Vacaville, her father, and the Bera family have lived here for several generations and her mothers family operate one of the oldest operating businesses in town; Barber Joes in downtown Vacaville. He met his wife in the junior year of High School. They have been married 7 years and together have 2 children: Brydon, 12 and August (Gus), 7.

It is through dedication and a love for his city that Nolan Sullivan now moves ahead and asks for your support in leading our fine city.

Together we can make a better tomorrow for our children, grandchildren and the future generations to come. 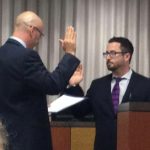 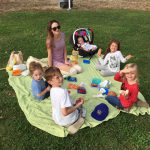 Involved in his community 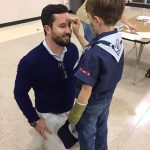 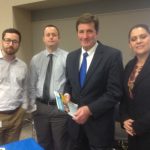 Working with Federal Representatives to Advocate for Vacaville 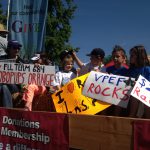 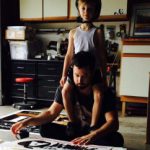 A Love for our City

The “volunteer-gene” ran strong in Nolan’s family. Following his mother’s footsteps. Hearing the call to serve, Nolan spent most of his early adult years as an active volunteer in Vacaville. He has served on numerous non-profits and city civic groups, was a Commissioner for the Community Services Board in the City of Vacaville, a 10 year Board Member for the Vacaville Public Education Foundation (www.vpef.org), Boy Scouts of America Troop Leader and eventually was appointed to serve a term as a Board Trustee on the Vacaville Unified School District Board. Nolan knew it was time to dedicate himself to a higher cause and become a public servant. Nolan has volunteered or chaired several local Community Political Measures in including Vacaville Measures I and M, Vacaville Measure M and most recently the Co-Chair (with Mary Woo) of the Vacaville Unified School Districts Measure A $194,000,000 Facilities Bond. Nolan has dedicated his time, energy and passion to our city for the past decade.

Be the change you wish to see in the world!

Just as we must expand economic opportunity today to all Vacaville residents, we need to invest in the next generation and support our seniors, which is why Nolan has spent the last 17 years working in neighboring Yolo County for the County’s Department of Health and Human Services. Nolan currently serves as the Social Services Director over Yolo County’s Medi-Cal, CalFresh, CalWORKS and Employment Programs providing medical insurance, food supports, homeless services, housing, and employment training to close to 70,000 neighboring county residents annually. He has a passion for serving the homeless, especially seniors and homeless families. He is a tireless advocate for local government making a difference in the community to help lift residents out of poverty and to live a life of dignity. In his role as Branch Director, he oversees 4 different regional offices, 300full-time government employees and a $90,000,000 annual budget.

Nolan is homegrown, has the experience, demonstrated dedication and passion to serve as a City Council Member for the City of Vacaville!